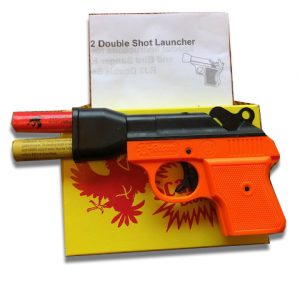 It is designed to fire two cartridges – one after the other. It does this by re-cocking itself after the first cartridge has been launched, allowing the other cartridge to be ready for firing.

For your protection, always use ear and eye protection when firing pyrotechnics. Avoid firing in close proximity to humans, livestock, and dry vegetation or other flammable materials. The 15 mm single shot launcher should only be used outdoors and should never be fired from a vehicle.

Our single shot launcher should be cleaned regularly to prevent carbon build-up in the barrel and chamber.

There are no reviews yet.

Be the first to review “Double Shot Launcher – Bird Scare” 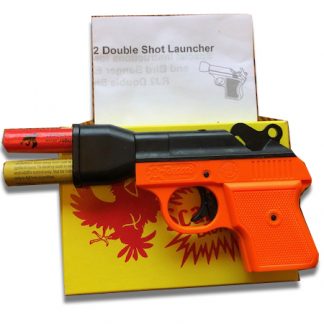